Investment opportunities for individuals and corporations

It’s important to acknowledge the lack of regulation for cryptocurrencies around the world and that investment opportunities have thus far been limited to retail investors, i.e. the general public. As this asset class has become more popular over recent years, so too has access to global trading platforms through easy-to-use mobile apps, which are widely available. This resulted in what is referred to as the network effect and is what gave rise to the massive speculative event that saw the rise of Bitcoin in 2017 from $2,000 to $20,000 only for it to settle at around $10,000 for the next three years.

While some players retreated, others began to develop new technologies that were compatible with Ethereum, the preferred blockchain, and rolled out a myriad of services that included apps to trade in crypto, lend and borrow fiat and crypto, bundle coins like ETFs and so on. This marked the birth of DeFi (Decentralised Finance), a monumental disruption for banks, asset managers, insurers and pension funds to name a few, creating an entirely new investment opportunity, perhaps as exciting as the internet 15 years ago.

The pandemic changed everything and ushered in the age of institutional adoption. In October 2020, PayPal announced that its customers would be able to buy and sell Bitcoin and other digital currencies using their accounts. PayPal has one of the largest merchant networks in the world (340 million users) and has been a major catalyst for the global adoption of digital currencies. MasterCard followed and grew the network exponentially.

The institutional adoption phase witnessed a number of listed and unlisted global companies, such as Tesla and MicroStrategy, purchase Bitcoin with some of their excess cash reserves in an attempt to stem the devaluation of the U.S. dollar that was being printed at an alarming rate. Investors also began to look for an alternate source of alpha and diversification from equities, bonds and gold, marking the broader acceptance of Bitcoin.

As a result of regulation requirements, large financial institutions cannot own Bitcoin directly and can only access the crypto thesis by acquiring publicly listed and privately owned companies that can invest in Bitcoin. Consider companies like BlackRock, Morgan Stanley and Vanguard owning shares in the likes of MicroStrategy, Square and PayPal. This is an obvious diversification strategy and in South Africa we are seeing significant flows through our counterparts with local corporates buying up large amounts of Bitcoin to protect their balance sheets. Some corporates have even taken advice on how to establish a diversified crypto investment strategy to suit companies, family offices and wealth advisories.

Bitcoin is here to stay. Goldman Sachs now includes cryptos on their derivatives exchange, Deutsche Bank is offering prime broking, there are ETFs in Canada and the U.S. will follow soon, which is ultimately paving the way for hedge funds to begin investing. Locally, Investec Bank announced the launch of their crypto custody solution and the FSCA is proactively working towards regulating all crypto service providers.

Click on the video link to watch the short interview with Andrew Ludwig, Head of Distribution @ CURRENCY HUB: https://youtu.be/aXawTV4GX2U

Disclaimer: This article does not constitute financial advice. While the author and his firms are regulated by the FSCA, cryptocurrencies are not a regulated investment.  Please refer to CURRENCY HUB https://currencyhub.co.za/ a juristic representative of BLACK ONYX (FSP 47701) https://blackonyx.co.za/ for more information.

Photo by Michael Förtsch on Unsplash

SCHEDULE A CALL BACK 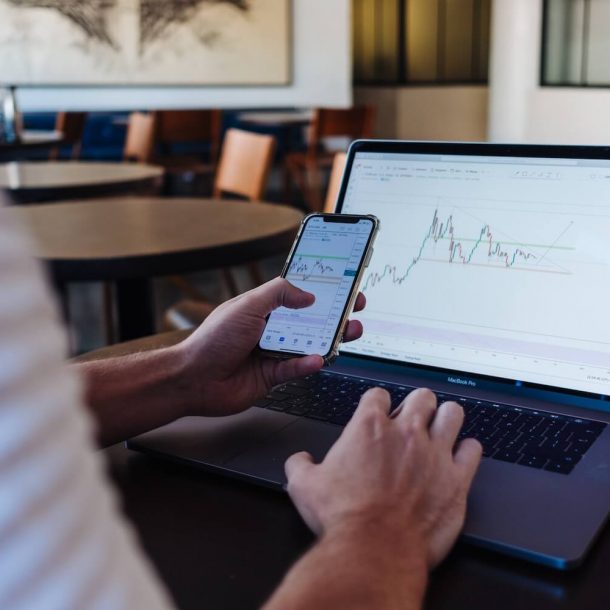